Symbolic wedding in Castle 2 near Rome 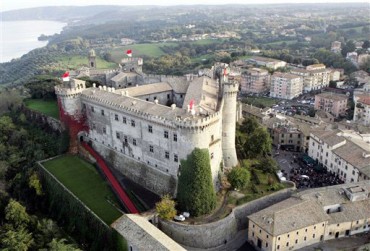 The majestic medieval Castle with the greenery of the Roman plain is a perfect venue for symbolic wedding ceremonies and receptions near Rome.