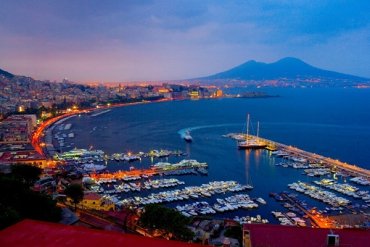 Naples (it. Napoli) is the art city in southern Italy, situated on the picturesque coast of the Gulf of Naples. It is a real treasury of art and architectural works.

Naples is the birthplace of the famous Neapolitan pizza, which fragrant soars among the narrow medieval streets, mixing with a characteristic smell of the sea.

Naples is the city of cheerful people with rousing songs and lighthearted humor.

All these features make the art city of Naples one of the favourite wedding destinations too much appreciated by foreign couples.