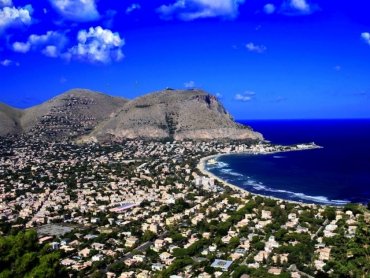 Palermo is located on the northern coast of Sicily . It was founded by the Phoenicians in the 8th century BC , and since 1446 it is the administrative center of the homonymous province and the region of Sicily . Thanks to the rule of foreigners , the capital acquired a special unique look . Especially the era of Arab rule is reflected. It was a period of prosperity of the island and it left a lot of architectural masterpieces. Palermo, with Rome , Venice and Florence, is recognized as a city of art. But Palermo is not only historic site, it is also modern broad avenues , chic boutiques, beautiful villas and mansions , beautiful parks and, of course , delicious cuisine.

Mediterranean climate , sandy beaches , great locations , good infrastructure contribute to the non-stop flow of tourists , among which there are many couples decided to organize their wedding in Sicily . Municipality provides for civil wedding in Palermo a few sites : the former royal foundry hall, the Favorita Park , where the couple can plant their tree of happiness and municipal villa.